The warning from the World Food Programme (WFP) that 265 million people could be pushed into acute food insecurity by Covid-19, almost doubling last year’s total, is based on a complex combination of factors.

WFP’s latest warning underlines the increasing concern among experts in the field that for many the biggest impact will not be the disease, but the hunger hanging off its coat tails.

While the majority of people suffering acute food insecurity in 2019 lived in countries affected by conflict (77 million), climate change (34 million) and economic crises (24 million people), the coronavirus has massively complicated existing crises and threatens to worsen others.

WFP sounded the alarm in concert with a report from the Global Network Against Food Crises – an international alliance working to address the root causes of extreme hunger – that disclosed that as 2019 ended, 135 million people across 55 countries and territories experienced the highest levels of acute food insecurity and malnutrition documented by the network since the first edition of the report in 2017.

The report identified a number of factors that could worsen food security in many of the 55 countries, classifying those dependent on food imports and oil exports (the price of oil collapsed to below zero this week) as particularly vulnerable, as well as those dependent and on tourism and remittances for income.

“Rising unemployment and under-employment and decreasing purchasing power will have serious consequences for poor and vulnerable populations in countries already dealing with crises such as conflict and/or ongoing economic and political turmoil,” the report said. 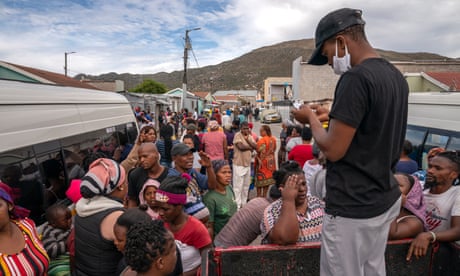 'Race against time' to prevent famines during coronavirus crisis

“Displaced people living in camps and displaced/host populations in urban settings as well as the elderly, young children, pregnant and lactating women, and the disabled are particularly vulnerable to the far-reaching impacts of this disease.”

In Yemen, as Mark Lowcock, the United Nations emergency relief coordinator, told the Guardian earlier this week, UN agencies were already feeding 13 million people, amid a funding crisis that is threatening to many people before the impact of coronavirus is even taken into consideration.

As WFP’s chief economist Arif Husain warned, “Covid-19 is potentially catastrophic for millions who are already hanging by a thread. It is a hammer blow for millions more who can only eat if they earn a wage. Lockdowns and global economic recession have already decimated their nest eggs. It only takes one more shock – like Covid-19 – to push them over the edge. We must collectively act now to mitigate the impact of this global catastrophe.”

The new warning reinforces concern sounded by Lola Castro, regional director of WFP for southern Africa, last month. She said the interruption of food programmes for millions of people in the 12 countries that they cover, which have experienced three years of poor harvests because of drought, would have a “critical impact”.

As Castro and other experts have made clear, what is occurring as coronavirus begins to bear down on the world’s poorest and most vulnerable countries is a perfect storm that has seen coronavirus act as an accelerant on a host of well established problems from poverty, the impact of the climate crisis, pre-existing conflict and pre-existing health crises in places with high incidence of diseases like Aids and HIV and malaria.

Perhaps most pressing, beyond the immediate threat of the disease, is the economic impact in countries less able to deal with the shock, particularly for workers on daily subsistence wages.

Talking about the situation in southern Africa in an interview with the Guardian last month, Castro described the specific challenges in detail.

“The lean season has been very, very hard for the last three years with almost no rain and poor harvests which have left 45 million people food insecure with 8.1 million supported by the WFP.” 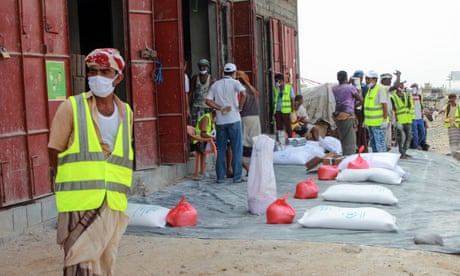 Already, as Castro points out, new restrictions on travel, border crossing and the threat of the disease has disrupted ongoing operations even as more people have been pushed towards poverty by lockdowns affecting their ability to work.

“We are already the region of the world that is the most affected by HIV-Aids. We are having to totally change our distribution models: to reduce concentrations of people at distribution points; to make sure we have hand washing facilities and that people have PPE.

“Then we have to defeat borders, airlines closing, ports becoming affected, shipping and transport … we are fighting a humungous number of factors today.”

Other issues have been less visible, but are no less critical, not least any impact on southern Africa’s infrastructure for food supplies which depends on a few keys ports including Durban in South Africa and Beira in Mozambique.

And as Andrew Shepherd of the UK’s Overseas Development Institute explains, the economic impact of coronavirus on the poorest will be felt most sharply.

“Any food price inflation that is a result of coronavirus will be worst for those who are poorest, especially those who depend on daily wages. One of the impacts of the border closures that we’ve seen is that lots of poor people living along borders subsist on cross-border trading.”

... in the coming year, and the results will define the country for a generation. These are perilous times. Over the last three years, much of what the Guardian holds dear has been threatened – democracy, civility, truth. This administration has cleared out science and scientists across all departments. America's reputation as a competent global leader is in peril. Truth is being chased away. But with your help we can continue to put it center stage.