The measure passed overwhelmingly in the House on Thursday — 388-5, with one lawmaker voting present.

The five lawmakers who voted against the package included one Democrat — Rep. Alexandria Ocasio-Cortez of New York — and four Republicans — Reps. Andy Biggs of Arizona, Jody Hice of Georgia, Ken Buck of Colorado and Thomas Massie of Kentucky. 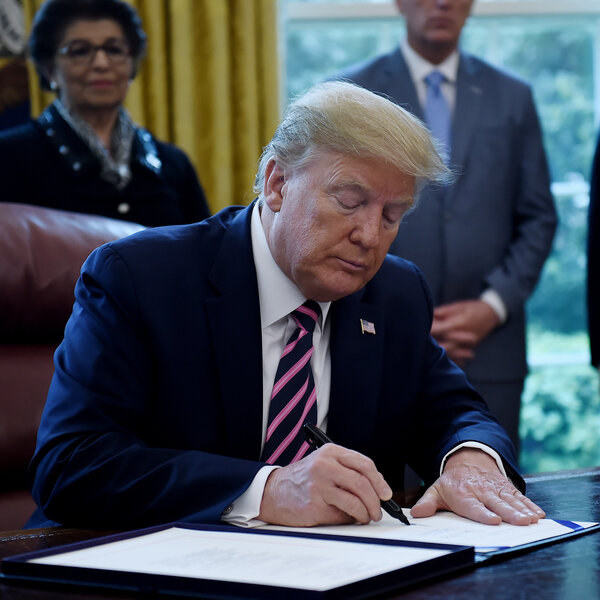 "We have our differences, but we are coming together on this particular bill, and I am proud of that," said House Speaker Nancy Pelosi, D-Calif., who made the case for ongoing, robust federal intervention as the only way out of the crisis. Pelosi on Thursday wore a white scarf to cover her face, but lowered it to speak on the House floor.

"I think that we have to do whatever we can to recognize that public policy has a role here, that governance carries with it responsibilities and opportunity and results and progress for the American people," she said. "And that science and governance are the answers to meeting the health care needs and meeting the needs of our economy as we go forward."

The Senate passed the measure by unanimous consent on Tuesday.

The $484 billion package includes an additional $321 billion for the newly created Paycheck Protection Program, a lending program designed to help small businesses stay afloat with forgivable loans during the crisis. PPP was popular and ran out of its initial influx of $350 billion in just two weeks. It is likely the program will need additional funding. Republicans have criticized Democrats for holding up the bill — initially a stand-alone $250 billion request to fund PPP. 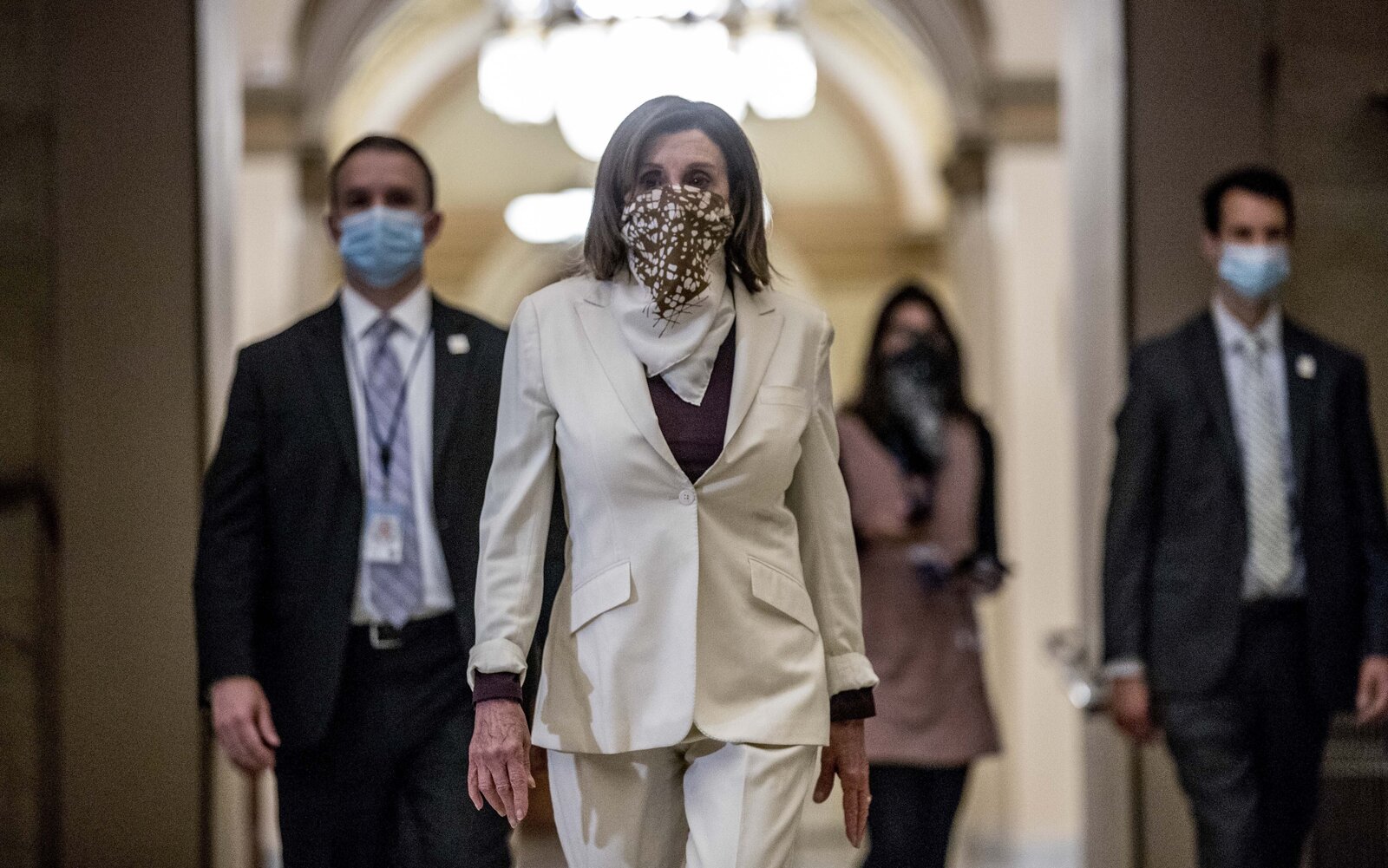 In the end, Democrats secured an additional $60 billion carved out for smaller banks to assist businesses, many minority-owned, that have struggled to borrow from bigger lenders. It also includes $100 billion Democrats sought for hospitals and more testing.

They were unsuccessful, however, in their efforts to include additional resources for state and local governments — a fight they vowed to carry on to the next round of funding talks.

"There will not be another bill without state and local government" resources in it," Pelosi said on Friday.

The House debate on Thursday included stark images reflective of the time: House Chaplain Patrick Conroy delivered the opening prayer wearing a yellow mask, as did most lawmakers and aides who appeared in the chamber. The visitors' galleries, normally open to the public, were closed. 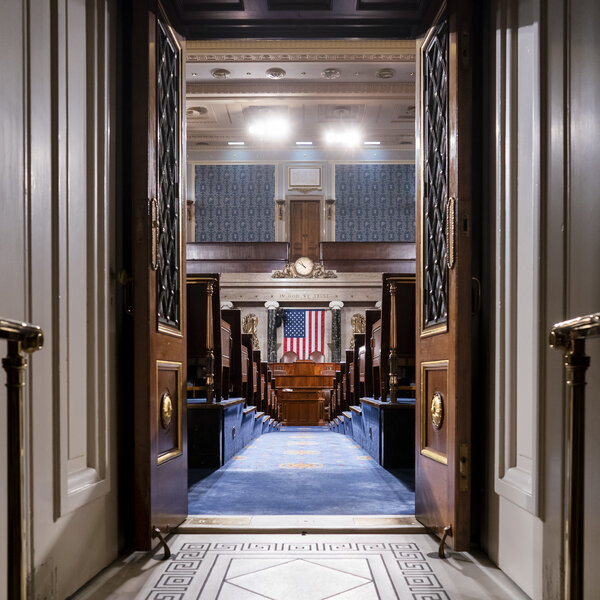 It was the first roll call vote in the House since it approved a prior coronavirus relief bill on March 14. After that vote, two lawmakers fell ill and about a dozen others self-quarantined as a result. One of those quarantined members, Rep. Joe Cunningham, D-S.C., later tested positive for COVID-19. House leaders installed more aggressive social distancing guidelines for today's votes.

"We should be mindful of the people surrounding us," said House Rules Chairman Jim McGovern, D-Mass., who is leading an ongoing effort to find ways to allow lawmakers to vote and hold hearings remotely.

The pandemic also continues to affect lawmakers personally. Financial Services Chairwoman Maxine Waters, D-Calif., announced on the House floor that her sister is hospitalized with COVID-19. Sen. Elizabeth Warren, D-Mass., announced that her eldest brother died from the virus on Tuesday.

This is the fourth measure Congress has approved since March 1 to confront coronavirus and the economic fallout. While all four enjoyed fast, bipartisan support, there are signals that the parties are retreating to more familiar partisan lines for an anticipated fifth package.

Senate Majority Leader Mitch McConnell, R-Ky., has said he wants a "pause" before Congress considers additional legislation, and that it is unlikely additional measures will be able to pass the Senate by unanimous consent, which is generally reserved for noncontroversial bills. He has also indicated he will oppose any no-strings-attached funding for states and that he supports a new legal channel for states to declare bankruptcy to address their fiscal woes.

Among the measures Congress is expected to debate for inclusion in future legislation is funding for state and local governments to make up for budget shortfalls, additional cash payments to American workers and families, extended unemployment benefits, aid for the U.S. Postal Service and first responders, and new infrastructure spending.